“And now I say unto you, Refrain from these men, and let them alone: for if this counsel or this work be of men, it will come to nought: But if it be of God, ye cannot overthrow it; lest haply ye be found even to fight against God” Acts 5:38-39

At this time 20 years ago, the deep church bared it’s fangs; they got on our matter! For months on end, the news media in all forms was agog with accusations and malicious falsehoods against our Man of God.

We watched as some of those we saw as the greats of faith peddled falsehoods, questioned the veracity of the miracles and the crowds, and vowed to end the Ministry of the Man of God by the time they were done. They said he performed miracles by some eccentric “finger of God”… They said he was initiated into some cult… They said he was of the “shamans”… They said the miracles were staged… They said the crowd images were doctored… They said his doctrine was false… They told parents to withdraw their children from Christ Embassy Churches & BLW fellowships… They hoped to sow doubt in our minds but we didn’t need the media to tell us who our father is. The weak amongst us fell and left (ostensibly because they were not of us)… It was a time of de-weeding… On the Campuses it was a war; a major conflagration! as the children of the modern Pharisees took a cue from their fathers, firing their cannons and spewing their malicious venom, attempting to frustrate our work with negative publicity and overbearing influence on the authorities. They called Papa a fraud… They said he was a money launderer… They contrived to suspend him from a body he never belonged to… Some went as far as conspiring for a take down… Truth was on trial! We prayed like never before! Seeds were flying recklessly; we sowed like never known! Then came the Night the City of Aba stood still- the Aba Miracle Crusade. The disciples of these modern day Pharisees showed up. We were publicizing and they were publicizing too. But GOD!! But GOD put their work to nought! It was such a statement that silenced the devil for a short season till he was dealt a fatal blow the next year at NOB SPECIAL, Lagos.

Time some say, is the proof of Wisdom. Time has come and gone and in all, look where we are today. God honored the Man of God; God amplified his voice.. God gave him influence beyond compare.. God increased his greatness.. God gave him Sons from every corner of the globe so vast like unto the host of the Lord.. God multiplied him into many more Pastor Chrises.. He giveth more grace to the humble. I look for those men today & I don’t see them. Their voices so reduced. God left them where they were. He didn’t take away anything from them. This magnificent house the Man of God built is not a pack of cards! The troops he commands are no lilly livered sissies but a division of well cooked, battle hardened militants! Onward March! Victoria! Victoria! Victoria Siempre! 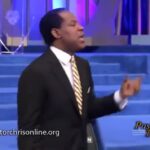 YOUR THOUGHTS AFFECT THINGS AROUND YOU

LIFE WORKS IN YOU 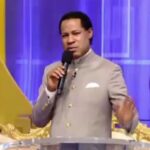 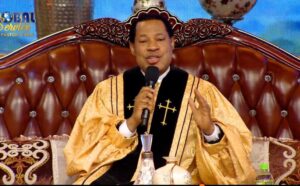 CHRIST IN YOU IS THE ANSWER. 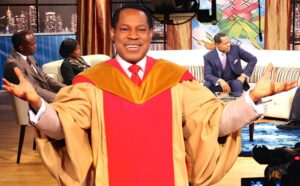 BE YIELDED TO HIM. 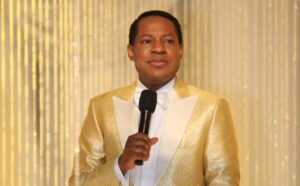 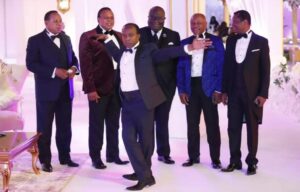 THE WORD OF GOD IS MY LIFE…